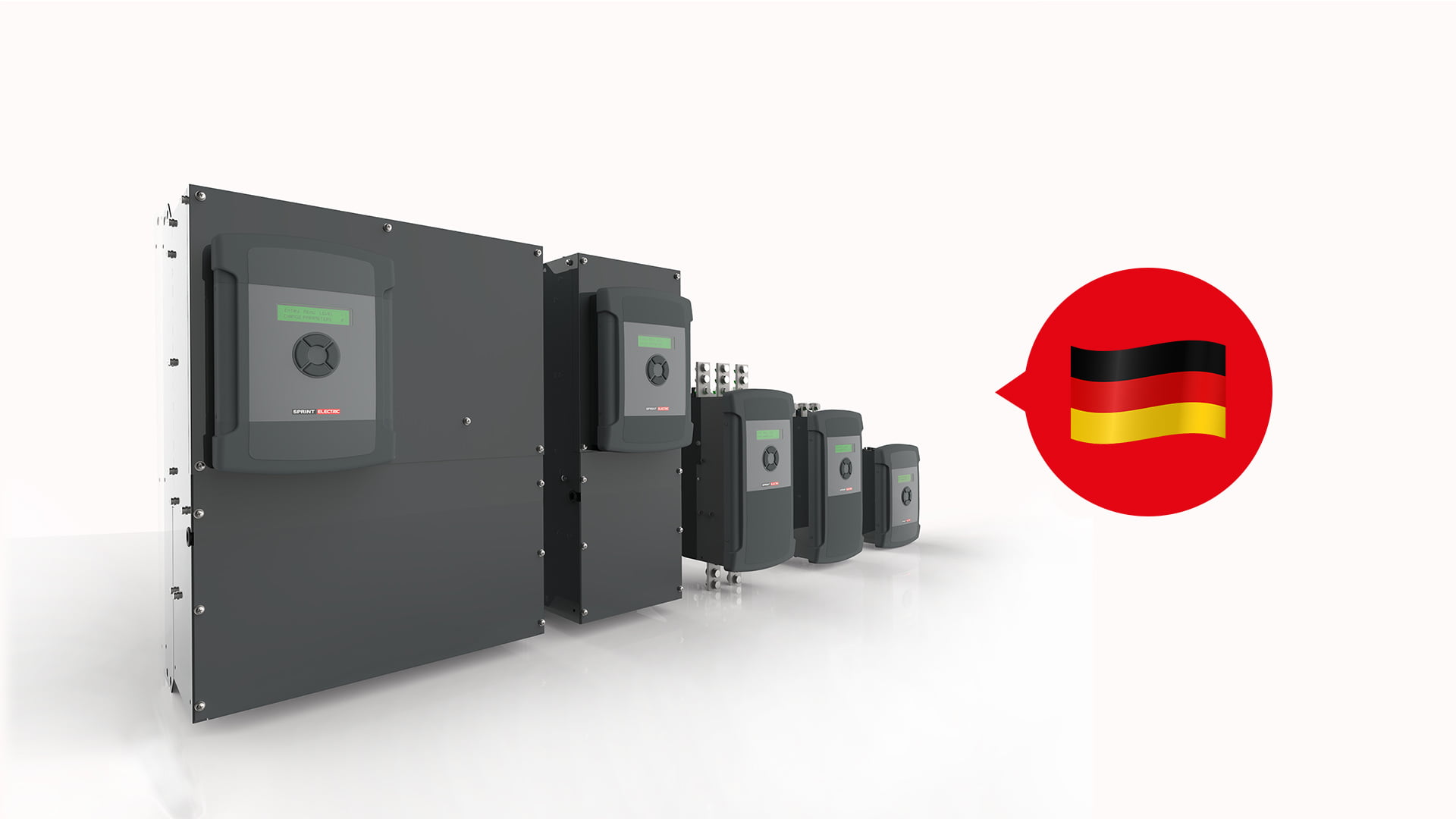 Sprint Electric has added a full German language option, developed by native speaking engineers, to the two-line text programming of its PL/PLX drive range, to aid fast and efficient intuitive set up.

DC variable speed drives are used throughout manufacturing industry and in many other applications, such as converting equipment, wire, cable, plastic, rubber, steel and printing machinery. Two line text programming using the on-board LCD display is one of the easiest and most popular ways of setting up individual drives for their given duties.

With this latest version of software Sprint can now offer full German language programming of its PL/PLX digital drives. The new language capability was developed with German engineers to make sure the text is as clear and understandable as possible, thus retaining the full flexibility of the programmable digital DC drive.

The PL/PLX DC drive from Sprint Electric uses the latest state of the art digital technology. This microchip based product is fully programmable to meet the needs of the most demanding DC applications. With eight Analogue inputs, four Analogue outputs, seventeen Digital inputs and seven Digital outputs its level of flexibility is vast. The drive can be operated in AVF, tacho feedback or encoder feedback without any additional option boards. The three phase supply voltage range is from 12 to 500Vac three phase with options for 600 and 690Volt if needed. It meets all the latest EN standards, is CE marked and UL cUL listed (up to 630Amps, with 2250Amp pending). Simple four pushbutton setup and easy to read two line text display makes installation and commissioning fast and understandable. Manufactured in the UK with large stocks held at our head office the drive range is available on super fast delivery.

German is widely spoken by engineers throughout Northern, Central and Eastern Europe, Scandinavia and Russia. Also many OEM and retrofit machines built in English-speaking parts of the world are exported to German speaking regions, so the addition of German to the PL/PLX range of DC drives greatly enhances its flexibility.

We had significant interest at SPS 2019 for the new German version of the PL/X Series. This is being officially launched at the end of the month in Lindberg, Germany. For more details on “Erweiterte Serie an Gleichstromrichtern” and availability contact us now.

Sign up for Sprint Electric news direct to your inbox below. We won’t spam you and you can unsubscribe at anytime.

Back to Top
Find Distributor

Please complete the form below to download the requested file: